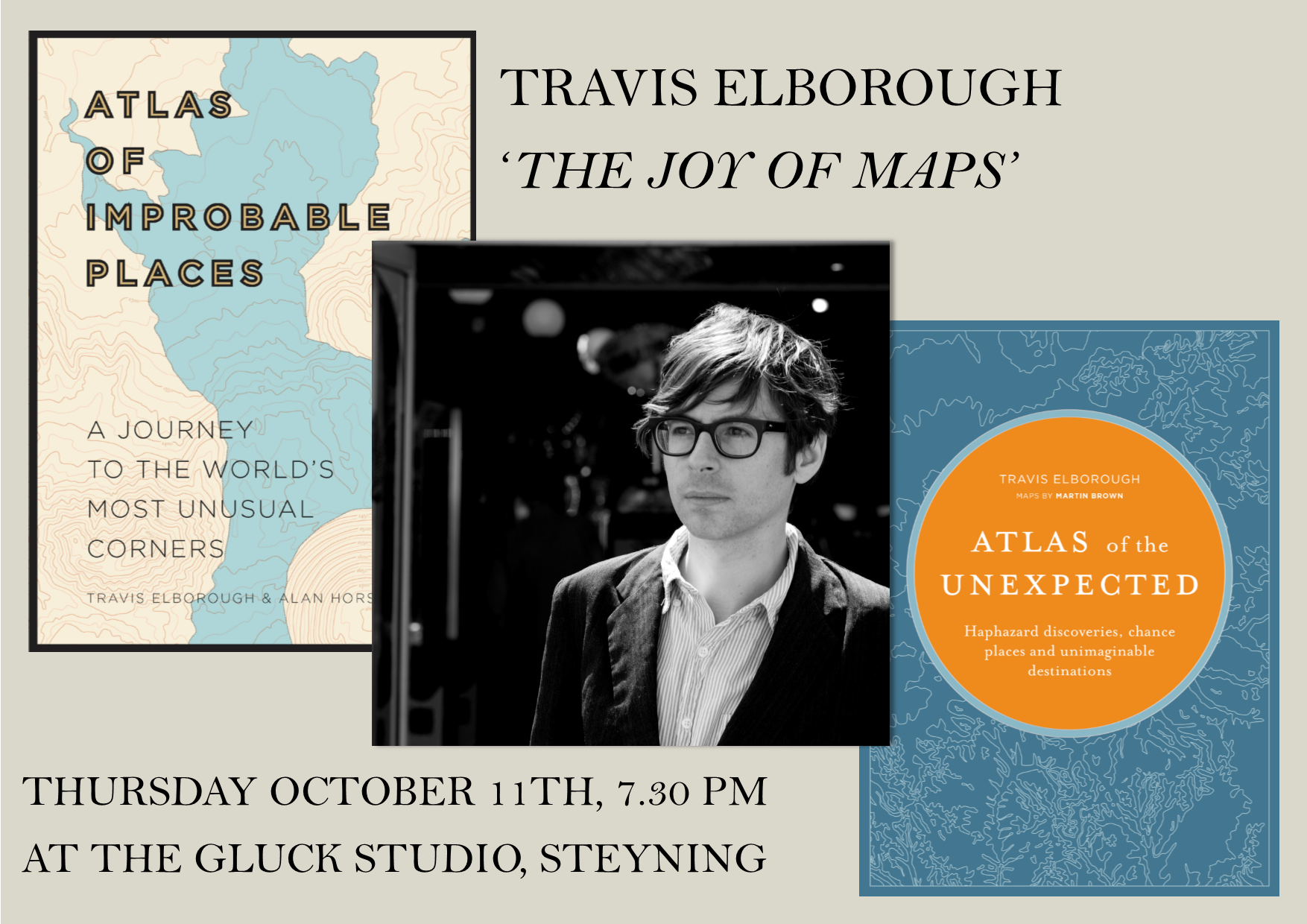 The Joy of Maps with Travis Elborough

Our October event will delight armchair travellers and intrepid explorers alike! As part of our celebrations for ‘Books Are My Bag’ week, we are delighted to welcome writer Travis Elborough to Steyning, for a fascinating illustrated talk on the joy of maps, and the extraordinary and bizarre destinations to which they can lead us.

Travis will share some of the obscure and unlikely discoveries included in his two beautiful books Atlas of the Unexpected (White Lion Books, 2018) and Atlas of Improbable Places (Aurum books, 2016), spinning tales of human ingenuity and nature’s own masterpieces, and will muse on the power of unknown places, maps, and atlases to enchant and inspire us.

Travis Elborough is a writer and cultural commentator, who has written books on subjects as diverse as the London Routemaster bus, the British Seaside, the history of the L.P record, and the sale of London Bridge to America! Most recently, in addition to the stunningly-produced and utterly fascinating Atlases, he has compiled and edited Letters to Change the World : From Pankhurst to Orwell; a collection of politically-inspiring letters from history, and Our History of the 20th Century : As Told in Diaries, Journals and Letters; a candid and insightful collection of diary entries charting the twentieth century from the perspective of those who lived through it – not only the headline-grabbing events but also domestic and personal moments.
Travis is a regular contributor to the Observer and the Guardian but has also written for the Times, Sunday Times, New Statesman, the Oldie, BBC History magazine and Kinfolk among others and frequently appears on BBC Radio 4 and Five Live.

He lectures on many subjects and is currently a Visiting Lecturer at the University of Westminster, teaching M.A. creative writing students. He has appeared at various literary and music festivals, including Latitude and Green Man.

We look forward to giving Travis a warm Steyning welcome – he grew up near Steyning and has fond memories of teenage drinking in the Chequers Inn!

Critical praise for Travis Elborough:
‘One of Britain’s finest pop culture historians‘ The Guardian
‘Elborough is an English nostalgist in the mode of John Betjeman …as a cultural commentator he is a terrific companion‘ Sunday Times