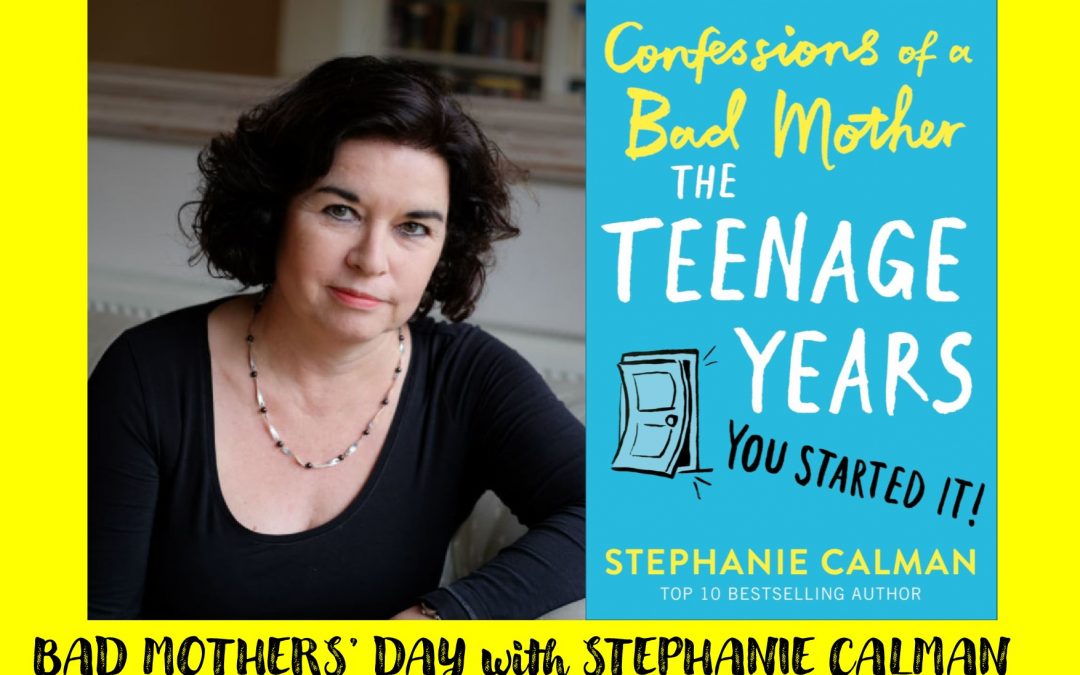 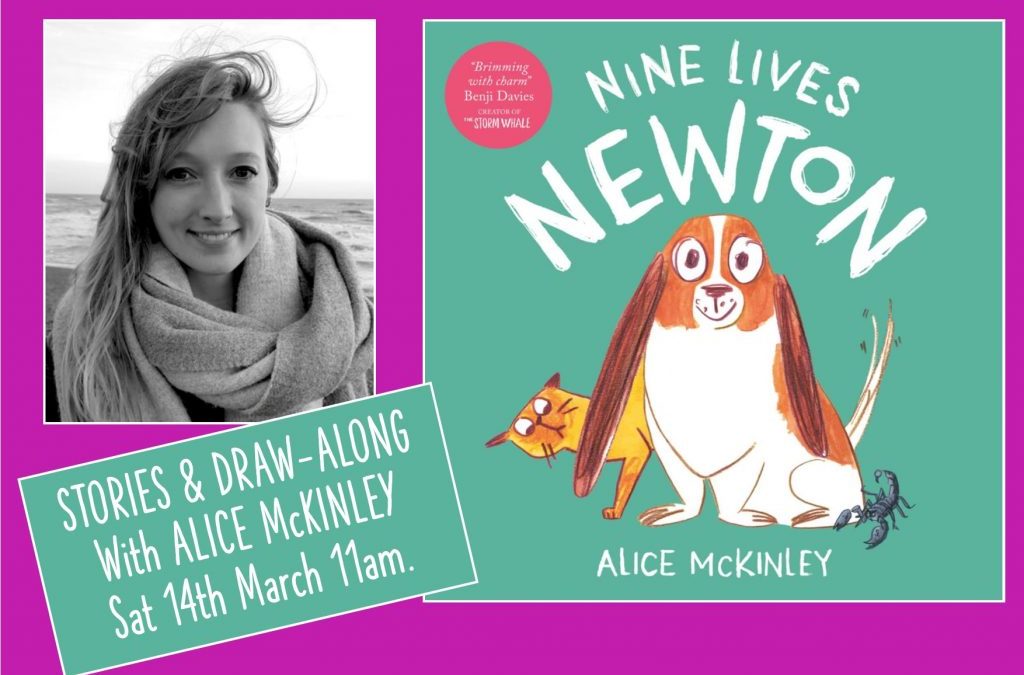 On Saturday 14th March at 11 am, we have a lovely event for younger children with up-and-coming illustrator Alice McKinley. Alice will read her book ‘Nine Lives Newton’ and lead a fun draw-along session.

Featuring wonderfully exuberant illustrations, the book tells the story of Newton, the dog who thinks he has nine lives and infinite luck. And if Newton has nine lives, then that means he can do all his favourite things but be MUCH more daring….but what if Newton’s got it all wrong and he’s not quite as invincible as he thinks he is?

Tickets are just £3 for children (accompanying adults are free) and the ticket price is redeemable against purchase of ‘Nine Lives Newton’. 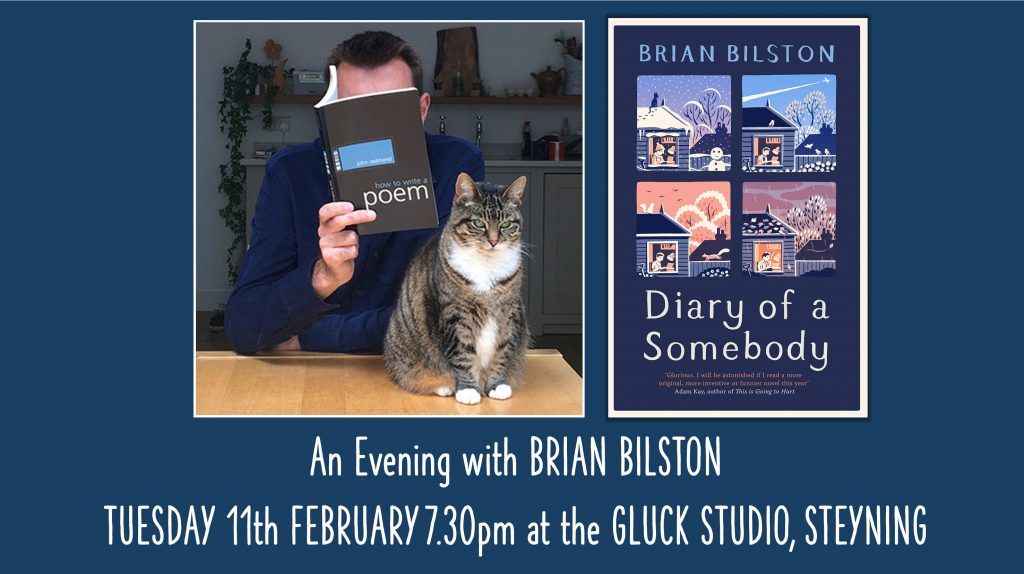 An Evening with Poet and Novelist Brian Bilston

We are really excited to have finally bagged a visit from Brian Bilston, the hilarious poet and novelist, frequently described as the ‘Accidental Poet Laureate of Twitter’. Brian’s novel ‘Diary of a Somebody’ is just out in paperback and has been short-listed for the Costa Book Award, First Novel Category.
‘Diary of a Somebody’ is the achingly funny story of a year in the life of .. ‘Brian Bilston’. It’s January 1st and Brian Bilston’s life needs to change. His ex-wife has taken up with a new man, a motivational speaker and marketing guru to boot; he seems to constantly disappoint his long-suffering son; and at work he is drowning in a sea of spreadsheets and management jargon. Brian’s resolution is to write a poem every day; poetry will be his salvation. But there is an obstacle to his happiness in the form of Toby Salt, his arch nemesis in the Poetry Group and rival suitor to Liz, Brian’s new poetic inspiration. When Toby goes missing, Brian is the number one suspect… Part tender love story, part murder mystery, part coruscating description of a wasted life, and interspersed with some of the funniest poems about the mundane and the profound, Diary of a Somebody is a unique, warm, and hilarious novel.

Brian Bilston has been dubbed ‘the Banksy of Poetry’ – he has kept his identity secret and stumbled into poetry via composing short poems on Twitter, eventually racking up more than 50,000 followers. His first volume of poetry ‘You Took the Last Bus Home’ was released in 2017, and ‘Diary of a Somebody’ came out in 2019. His powerful poem ‘Refugees’ has also been released as a beautifully illustrated children’s picture book. His clever, wry poems can take the shape of Christmas trees or Venn diagrams, he can poke fun at grammar pedants, and take the piss out of Jeremy Clarkson, but also tap into profound depths.

Tickets are £12 to include a paperback copy of ‘Diary of a Somebody’, plus wine & nibbles. Brian’s other books will also be on sale.

‘Glorious. I will be astonished if I read a more original, more inventive or funnier novel this year.’ – Adam Kay, author of This Is Going to Hurt 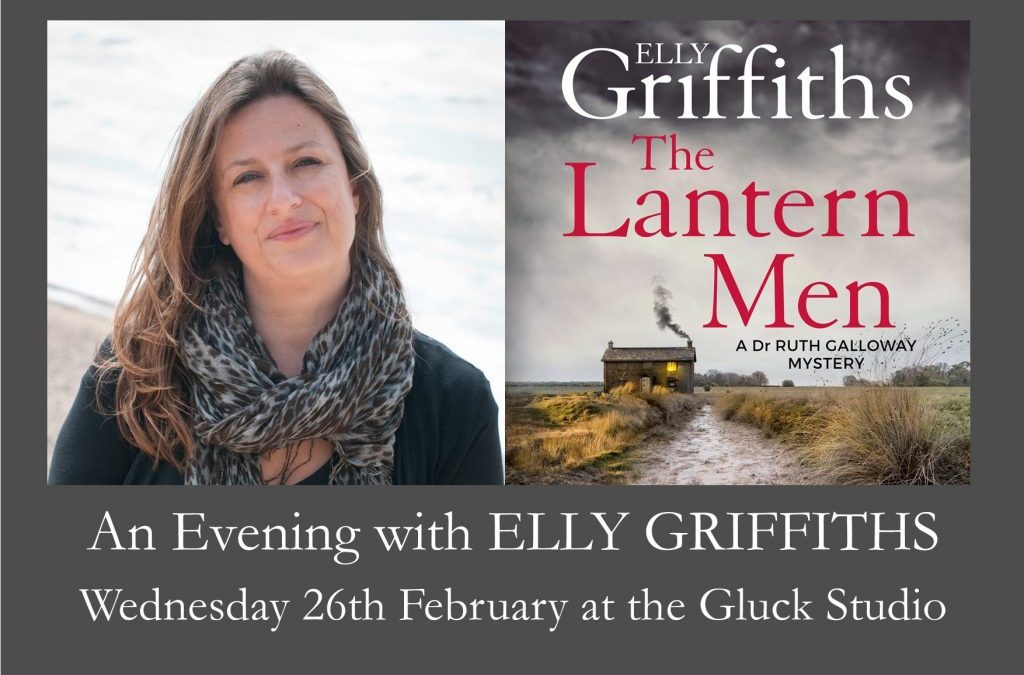 An Evening with Novelist Jess Kidd

We are delighted to welcome novelist Jess Kidd to Steyning, on Thursday 23rd January 2020, for a literary evening at the Gluck Studio.

Jess will be discussing her latest novel Things in Jars, alongside her previous novels, The Hoarder and Himself.

Jess Kidd has been praised for her unique fictional voice. She was brought up in London as part of a large family from County Mayo, and her work has been described as ‘Gabriel García Márquez meets The Pogues.’ Her debut, Himself, was shortlisted for the Irish Book Awards in 2016. She won the Costa Short Story Award the same year. Her second novel, The Hoarder (published as Mr. Flood’s Last Resort in the U.S.), was shortlisted for the Kerry Group Irish Novel of the Year 2019. Both books were BBC Radio 2 Book Club Picks. She is published by Canongate.

Jess is currently working on her fourth novel and first children’s book. She is also developing her own original TV projects with leading U.K. and international TV producers.

This is an event in conjunction with our bookshop bookgroups, which is also open to the public. ALL WELCOME

Public tickets are £10 this includes a paperback copy of Things in Jars (or another of Jess’s books) plus wine and nibbles.