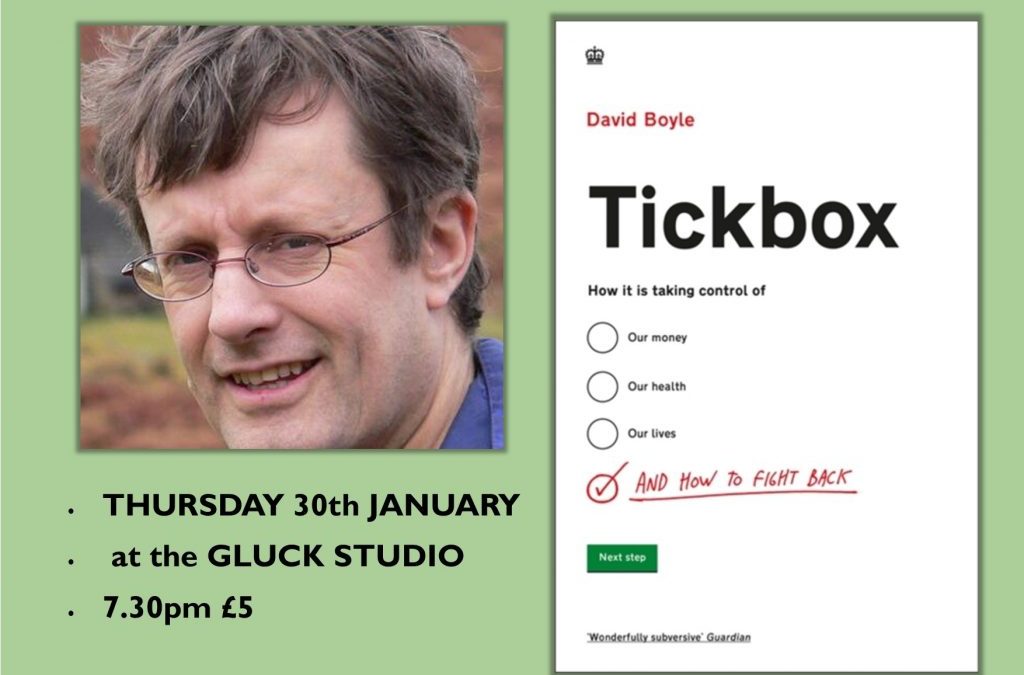 Steyning resident, historian, and writer David Boyle is the author of numerous books on a huge range of subjects – from history and economics, through alternative currencies, grass-roots politics and parenting in the computer age, to allotments and fairies!

We are thrilled that David has agreed to introduce his latest book, TickBox, at an evening event at the lovely Gluck Studio on Thursday 30th January. 7.30pm.

Tickbox is a powerful expose of modern ‘Tickbox’ culture – that is; official or corporate incompetence, whereby a company / organisation will ‘tick the box’ but fail to act. It is increasingly used to describe the gap between official spin and reality.

In the book, David uncovers the insidious philosophy of automation and the misuse of data which lies behind this tickbox culture. It makes our public services less effective – and makes them soar in costs – it lies behind so many stark injustices and disasters, from Grenfell Tower to the deportation of the Windrush generation. It vacuums up the resources of the NHS pursuing pointless targets, badgers us to evaluate every purchase or experience, and consumes vast swathes of TIME!

Always arguing for the human spirit against technocratic reductionism, David suggests a series of ways out – starting with recognising the danger and calling it out for what it is – a massive system failure, corroding our lives and our ability, as human beings, to act on the world!

Come and hear all about ‘TickBox’ distilled into an hour-long talk, with free wine & refreshments. 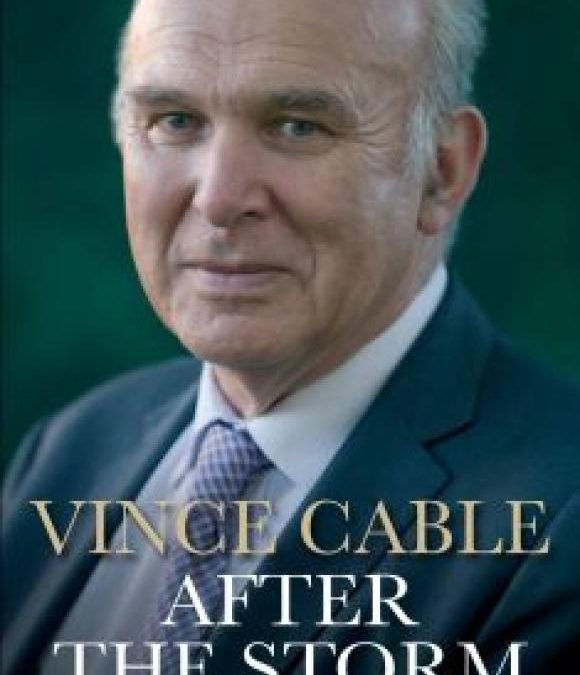