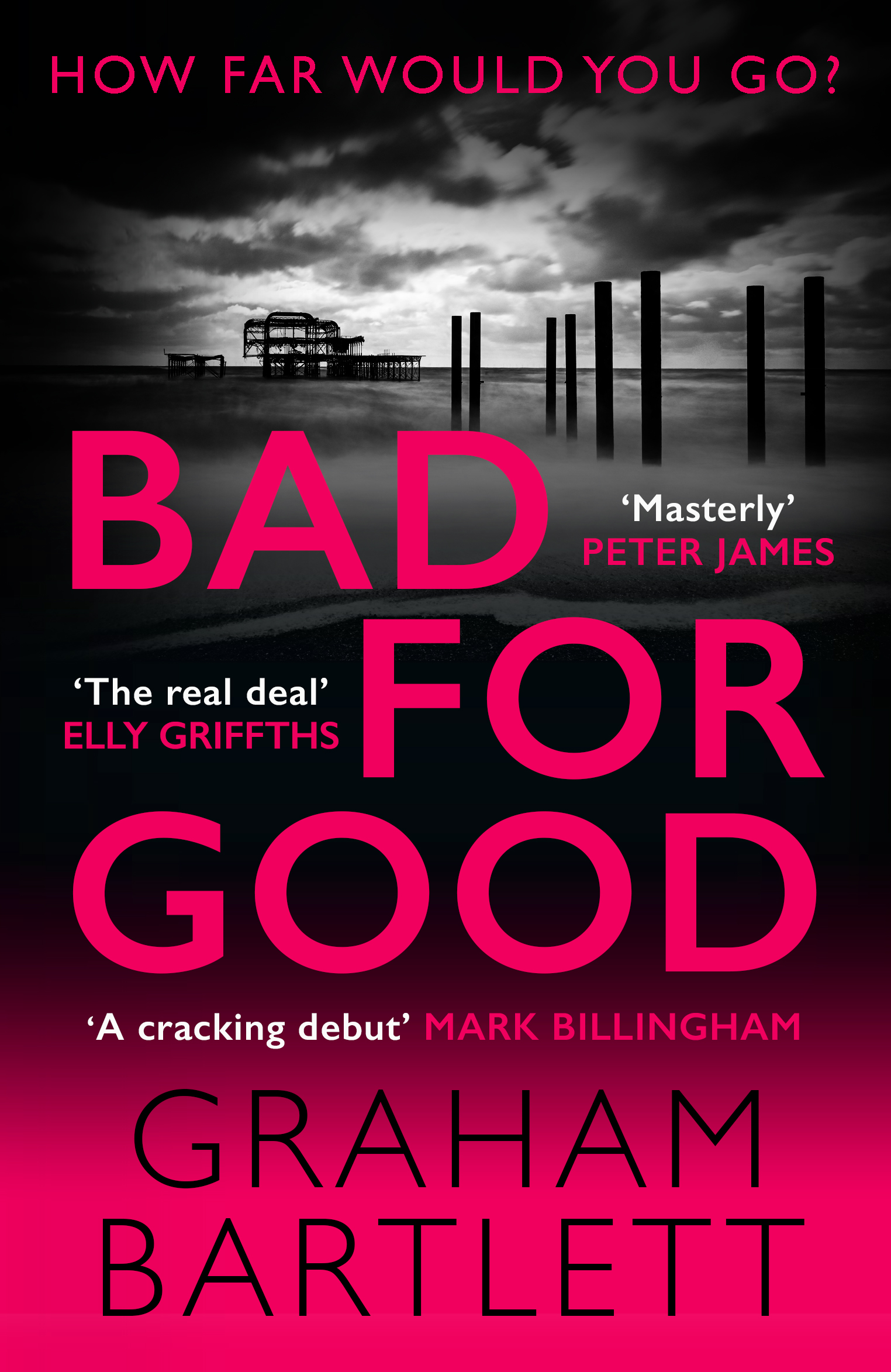 A gripping, gritty and absorbing crime novel set in Brighton. Graham Bartlett spent 30 years in the police, as a detective, firearms commander, and city police chief in Brighton & Hove, and now works as a crime-consultant for writers including Peter James, Elly Griffiths and Dorothy Koomson. Bad for Good is his first crime fiction novel, following 2 best-selling ‘true crime’ books.

Detective Superintendent Joanne Howe has a complex and sensitive case on her hands: the murder of a promising young footballer, who just happens to be the son of her colleague, D.I Phil Cooke. Against the backdrop of a city wrought by violence and crime, and a police force hamstrung by government cuts, Joanne must contend with blackmail, a disturbingly brutal gang of vigilantes, and deep-rooted police corruption as she tracks down Harry’s killer. As you might expect, the plotting, characters and local details are grainy and authentic – and Graham isn’t shy about packing a political punch amongst the intrigue.

For fans of Peter James! Graham Bartlett will be talking about BAD FOR GOOD with fellow crime-writer Lesley Thomson at the Steyning Centre on Friday 24th June. Tix from the Steyning Bookshop.