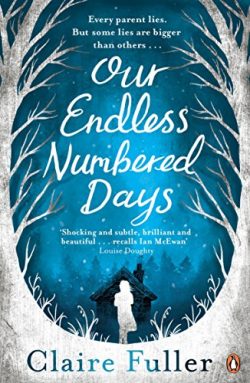 Winner of the 2015 Desmond Elliott Prize for Fiction this is a striking and absorbing first novel inspired by the true life story of Robin van Helsum, a Dutch boy who walked out of a German forest in 2011 claiming to have survived there with his father
The novel opens with the young narrator Peggy, aged 17, finding herself back in London trying to resume a normal life with her mother and the younger brother she never knew she had, after living for nine years in remote German mountains with her increasingly unhinged survivalist father who abducted her when her mother, a distant and self-absorbed concert pianist, was away on tour.
Told in flashback the novel transports us from Peggy’s seemingly idyllic and comfortable childhood to the often gruesome realities of surviving in the wild, creating in the wilderness an atmosphere that is claustrophobic but also strangely liberating. The carefully crafted unsettling novel builds a tension that would be unbearable were it not for the fact that we know that the vulnerable child survives, albeit having lost her childhood.
A most impressive debut that lingers in the mind for some time.
The bookshop book group’s pick for August.