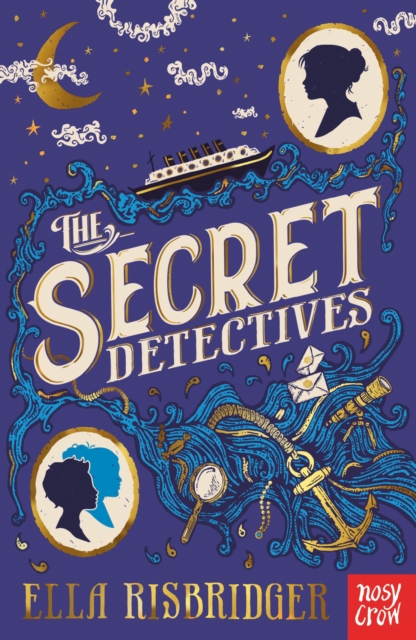 When Isobel Petty is orphaned, she finds herself being taken away from her home in India and sent to live with a distant uncle in England. On board the S.S. Marianna, she witnesses a shocking act – somebody being thrown overboard in the middle in the night. But when the ship’s captain insists that nobody is missing, Isobel and her two new reluctant friends must solve two mysteries – the identities of both the murderer and the victim – before they reach England and the culprit has the chance to escape.

Isobel is a brilliantly created unlikeable heroine, victim of a childhood both indulged and ignored, who gradually has her sharp corners knocked off by the two long suffering friends she has met on the voyage, and by the life lessons that she learns along the way. Inspired by The Secret Garden and the golden age of crime writing, The Secret Detectives is perfect for fans of Robin Stevens and Katherine Rundell. For children aged 9 upwards who like historical fiction and a good long read with plenty of mystery and humour.