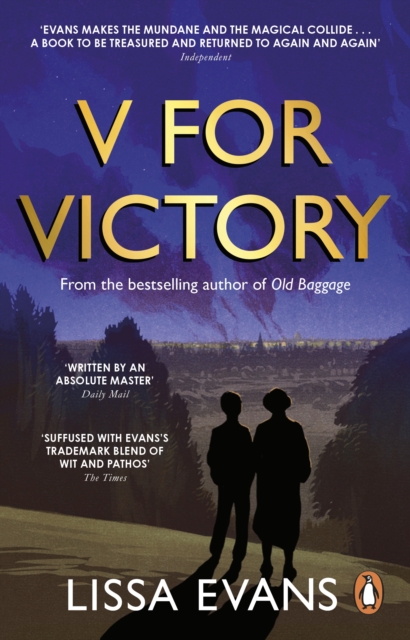 A real gem! Lissa Evan is a supremely gifted writer – astute, funny and warm – for both children and adults. We loved her comedic novel, ‘Crooked Heart’, which introduced Vee, a suburban con-woman, and ultrabright orphan Noel as they joined forces in the unlikely setting of Hampstead village during the second World War. Following on, ‘Old Baggage’ told the tale of Noel’s Suffragist godmother Mattie, and now we are back with Vee and Noel towards the end of the war when, unsurprisingly, their lives become even more complicated….

It’s late 1944. Hitler’s rockets are slamming down on London with vicious regularity and it’s the coldest winter in living memory. Allied victory is on its way, but it’s bloody well dragging its feet.

In a large house next to Hampstead Heath, Vee Sedge is just about scraping by, with a herd of lodgers to feed, and her young charge Noel ( almost fifteen ) to clothe and educate. When she witnesses a road accident and finds herself in court, the repercussions are both unexpectedly marvellous and potentially disastrous – disastrous because Vee is not actually the person she’s pretending to be, and neither is Noel.

← How I Saved the World in a Week The Secret Detectives →